Originally from Hosanagara, Vikram Udupa was an employee of India’s national airline, Air India. Even with a regular job and the lure of the city life, he was missing his village and his community, back home in Karnataka. One look at Barekal and it would be easy to understand why it would be missed by anyone. Set in the Western Ghats and surrounded by lush greenery, the call from this natural setting was too loud to ignore for Vikram. He decided to adopt the simple life of his childhood at his home town. Using his knowledge of the customer care industry, he has, along with his father, Mr. Ramana Udupa, started Barekal Farmstay.

For anyone living in a city such as Bengaluru or Mumbai, the yearn to get away from it all and spend some time in the peace and greenery is always present. No one knows this better than Mr. Vikram Udupa, who has put in every effort to make Barekal the ultimate getaway destination for travelers and city dwellers alike. Nested in the arecanut and paddy plantation, the farmstay offers simple and clean comforts for families, corporates or a group of friends seeking adventure.

The people who have started this facility are standing examples for their contribution in the development of the villages, preservation of Culture & Heritage and conservation of Nature. 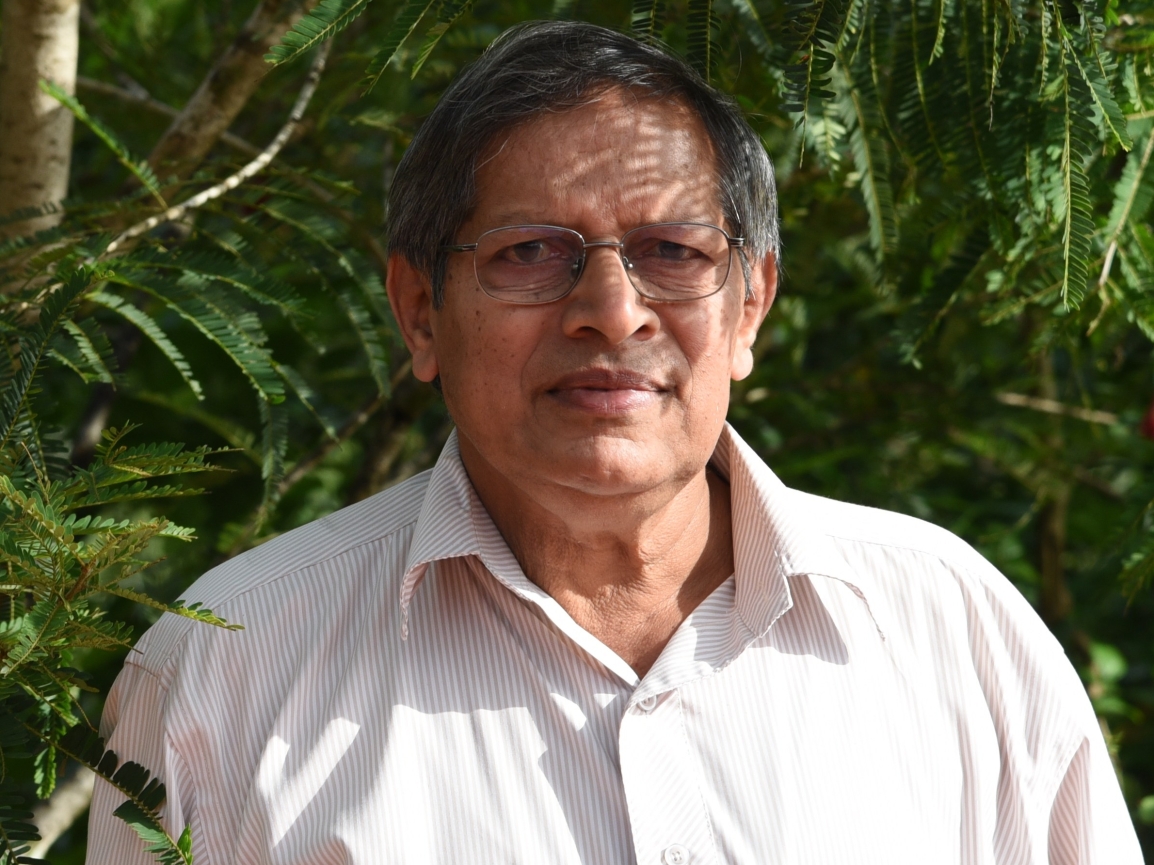 Mr. Raman Udupa is an agriculturist and an experienced Health Care provider. Having pursued course-work in modern medicine many years ago, he continues to be keenly sought after by villagers in the vicinity of Barekal in emergency situations. Mr. Udupa has provided selfless and exemplary health care service at remote locations, which have limited access to hospitals or clinics.

His vast experience with agriculture has helped him develop strong rural development skills. His interest in health care has also drawn him towards growing medicinal plants and exploring natural cures for many ailments.

Mr. Raman Udupa is involved in the day-to-day running of Barekal Farmstay and is always easily approachable for customers and the serving staff.

Mr. Vikram R Udupa holds an Engineering Degree and is an experienced Marketing professional, having worked with corporates such as Jyothy Laboratories and Air India. During his tenure at the latter company, he was involved in the Hospitality department. Disillusioned with the ways of life at the city, he was drawn back to his village where he decided to marry his passion towards hospitality with satisfying the needs of many city dwellers, by starting Barekal Farmstay. Vikram likes to solve problems and is always on the look out to make a positive difference in any situation.

Vikram Udupa is involved in Management of day-to-day activities at Barekal and Business Development.
Dr. Sharmila Shankar, B.A.M.S, Clinical Nutritionist (USA) has extensive experience in the field of Indian System of Medicine aka Ayurveda. She has also gained International exposure, working in California, USA for 13 years as an Ayurvedic Doctor. She holds an additional Degree in Clinical Nutrition from Natural Healing Institute, Encinitas, California. Dr. Sharmila currently operates and practices at the Ayushya Ayurcare Panchakarma Center in Malleshwaram, Bangalore.
Dr. Sharmila is responsible for Business Development and supports the functioning of Barekal Farmstay from Bangalore.